Yemen’s Saleh vows to step down as president 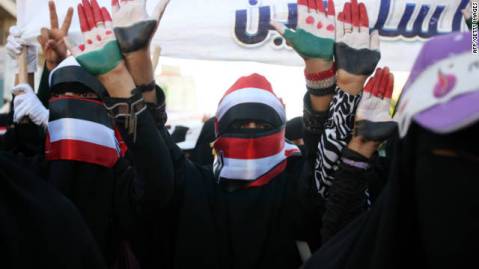 Yemen’s embattled President Ali Abdullah Saleh will leave office “within 90 days” of an agreement with the regional Gulf Cooperation Council, he said in an interview.

“When we agree on the GCC initiative, and when it is signed, and when we agree on structure of a power transfer — and elections happen, the president will leave,” Saleh said in the interview with France 24 television.

Saleh’s country has been the scene of violent protests for months as his opponents demand he leave power after 33 years in office.

He was wounded in an attack on his compound earlier this year and spent weeks in Saudi Arabia being treated for burns. He looked healthy in the France 24 interview, which took place in Arabic and was posted online late Monday.

Saleh has appeared several times to be on the verge of agreeing to hand over power, only to change course.

But he insisted in the interview he had no desire to “hang onto power.”

“I know the difficulties, the negatives, the positives, I will not hang onto power. Whoever hangs onto power I think is crazy,” he said.

International powers including the United States have urged him to step down.

Government troops have responded with live fire to protests, killing many, according to medics and opposition sources.